He was nominated for four Latin Grammy Awards in 2016, including album and record of the year. That’s when it happened.

Djavan breaks with tradition at every turn. But the Latin Grammy Awards pushed back.

Tradition has it that ‘Latin’ means Spanish at the Latin Grammy Awards, but there was Djavan, ready to compete for the year’s top honors. So, how did he react when he heard the news?

The singer-songwriter was in the middle of an after-workout snack when he received a call from his office. It was news that his album, Vidas Pra Contrar, was nominated in four categories for the 17th Annual Latin Grammy Awards, including the prestigious, general categories of album and record of the year.

Four nominations. Right there, you can see how Djavan breaks with tradition.

“Awards are always a motivation and a ratification of success,” said Djavan in a phone interview. “We work so much. For me to make a record, I sing, play, create arrangements and produce. It requires a lot of dedication,” he said, still sweaty and slightly out of breath.

That’s because the singer-songwriter had just finished a run on the treadmill.

He continued: “Today nobody talks, it’s all messaging and texts. I think this is a loss for communication. The internet is important. But because of it, I never receive letters from fans, who used to come by with fragrant flowers. I hope things will reverse and we again be able to handle discs, photos and liner notes.”

With that, Djavan flew with his wife, Rafaela Brunini and their children, Sofia, 15, and Ignatius, 9, in November 2016 to Las Vegas, where the awards were held. “The kids were thrilled, because there’s lots of cool stuff for them there.”

The nomination phase was where we saw Djavan challenge the status quo at the Latin Grammys.

But sadly, ‘Latin reality’ snapped back into place on Awards night.

Four nominations turned in to a singhle victory when it was announced that Vidas Pra Contar had won for ‘Best Portuguese Language Song’.

It left many of us to conclude that search for cultural fairness in the New World was still far from over.

2016: Djavan Breaks With Tradition with a Best Song win for Vidas Pra Contar 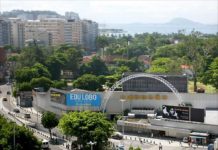 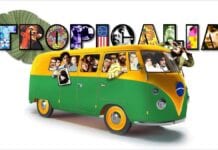 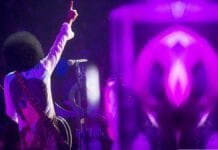