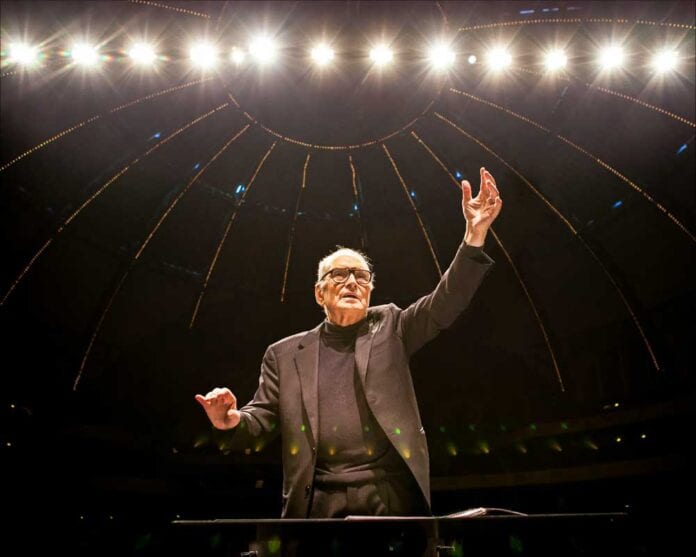 Italy’s Godfather of Bossa Nova? That would be soundtrack composer Ennio Morricone, whose life in music ignited a Bossa Nova revolution.

With more than 500 movie and television scores to his credit, Morricone’s often-passionate and inspiring melodies stand in testament against the inelegance of most pop music trends today.

He was also an avid admirer of Bossa Nova, often including the style in his arrangements.

In fact, some of the world’s best Bossa Now is created in Italy these days. Read why here.

Morricone is best remembered here in the USA for his now-classic ‘spaghetti western’ soundtracks of the mid-60s, including the iconic trilogy of A Few Dollars More, The Good, The Bad and The Ugly, and Once Upon a Time in the West.

He won his first Academy Award with Days of Heaven and in 2015 won again for his soundtrack for Quentin Tarantino’s The Hateful Eight. Marricone and Tarantino also teamed up for the movies Django Unchained, Inglorious Bastards and Kill Bill.

A Morricone connection for The Sounds of Brazil

I’m always on the lookout for outstanding music to add to our 14 streaming channels at Connectbrazil.com but rarely do I have the opportunity to write about how I come across them.

Two weeks ago, I came across this beautiful Morricone Bossa (below); first introduced to our listeners several years ago as a live recording by Daniela Mercury with Deodato, called ‘Conmigo’.

The song ‘Metti Una Sera A Cena’ comes from the 1969 Italian movie of the same name and vocalist Emanuela Campana’s version consummates Morricone’s love of Bossa Nova with a breathtaking and timeless melody.

It is one of 14 songs taken from Campana’s April, 2017 debut album Fortissimo and each feature wonderfully crafted arrangements.

Other standout tracks Antonio Carlos Jobim’s ‘Wave’, ‘D’improvviso’ (best known as the title track from Rosalia de Souza’s 2009 album) and a smooth Bossa remake of Lisa Stansfield’s ‘All Around The World’, sung in English and featuring vocalist Ely Bruna.

Ennio Morrocone has given us one of his most beautiful songs to enjoy as a lasting legacy. You are sure to hear much more from Italy’s Godfather of Bossa Nova, Emanuela Campana and ‘Metti Una Sera A Cena’ in the coming weeks: We have added the song to The Sounds of Brazil’s New Music Playlist and our exclusive New Music: Brazil streaming channel.

Connect Brazil is always curating songs as part of our mission to keep moving the music forward. Musicians, you are welcome to submit your music to Connect Brazil anytime, and I hope you will. 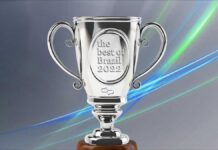