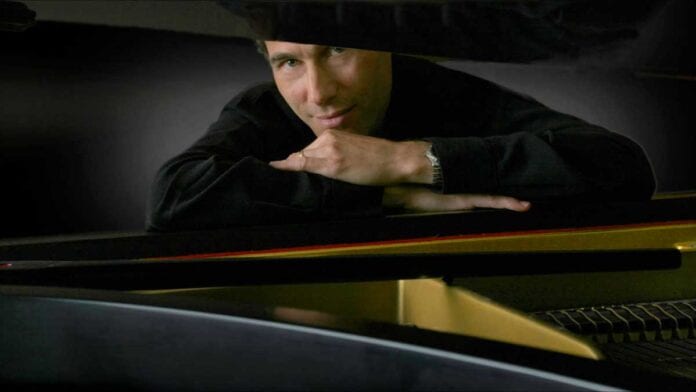 Serenata by Gregg Karukas is a springtime surprise for longtime fans, Brazilian jazz, and New Age listeners. Here’s what the reviewers are saying.

Here’s Connect Brazil’s collection of what the experts are saying.

“With his first solo piano album, Grammy winner Gregg Karukas dazzles, not with piano pyrotechnics, but with subtle nuance and a deep love for this music.”

A mix of original compositions along with piano impressions of Brazilian artists Milton Nascimento, Clube da Esquina, and Dori Caymmi.

Karukas clearly demonstrates that, in the right hands, great music (and great musicianship!) defies genres and categories to enrich the ears and hearts of anyone willing to take some time to listen.

Serenata is sure to be one of the best and most honored albums of 2021!

“The thing that truly sets Gregg’s piano apart from other pianists is his sensitivity for what the listener will need to hear.”

Nowhere is that more evident than on his original composition, “Better Days“… his “pacing” is perfect, and every note is formed with the utmost care.

Another original composition that really impressed me is Gregg’s “Para Sempre” (Until Forever).

In his own words, “For me, the best music comes out of an inner feeling of either intense happiness or sadness”, and both moods are reflected in this emotional song.

I give Gregg a MOST HIGHLY RECOMMENDED rating.

After so many years of in-the-pocket Smooth jazz hit-making, it’s wonderful to experience Karukas’s truest heart on display.

To quote one of those earlier titles, that’s truly the sound of emotion coming through loud and clear.

Gregg Karukas’ extraordinary success over the past 30-plus years as a #1 charting smooth jazz artist and one of the genre’s busiest sidemen make it easy to overlook the deeper elements of versatile composer/keyboardist’s expansive resume – including winning a Grammy in 2013 for his work with New Age pianist Omar Akram and his many years of touring with Brazilian greats Sergio Mendes, Dori Caymmi and Ricardo Silveira in the ’90s.

Both of those extracurriculars come into play on Serenata, his first release in over six years and first since losing his wife Yvonne to cancer.

In a good way, Serenata’s subtitle mentioning the Brazilian influences isn’t quite accurate because nearly half the tracks are delightful ultra-melodic Karukas originals that fit in perfectly among the works of the masters.

These include solo piano reworkings of two gems from his mid-90’s smooth jazz classic Sound of Emotion (including, naturally, the soulful, tender-hearted tribute “Dori’s Song”) and moody originals whose titles (“Better Days,” “Lament (Final Embrace),” “Long Ago”) capture his process of acknowledging and letting go of the sorrows of the past and embracing the grand possibilities of the road ahead.

It comes through that you really “get” the music and have a deep appreciation of these songs.

Karukas – a longtime collaborator with the likes of Dori Caymmi and Sergio Mendes – not only has the discerning taste to pick these songs to interpret, but also the chops and the right sensibility to interpret them for a new generation.

“Serenata” is the definition of solo piano heaven.”

It is easy to tell that this is an artist on the very top of his game. The music goes straight to the heart – and stays there.

It has moved me deeply, and several of the pieces here will be included in our permanent playlist, to play for years and years. Fantastic work.

Gregg Karukas’ Serenata is a captivating and delightful album from start to finish. It is mature and playful, complex and delicate, often at the same time.

With so many rock-solid albums to his name (my personal favorites are Heatwave (2002) and Nightshift (2000)), it is almost impossible to say which is the best.

But Serenata offers something special; It feels so honest and bare.

There is a time in life for everything – and this reflective album makes us see it all with an immense sense of gratitude and love.

Serenata is one of those very few albums where it doesn’t matter how long you listen; from one minute to five hours, you will be amazed by Gregg Karukas’s artistry.

“This debut solo piano offering is a beautiful masterpiece from Gregg Karukas.“

Serenata offers romantic impressions of classic songs from such iconic Brazilian artists as Milton Nascimento and Dori Caymmi as well as new and reimagined compositions written by Karukas. The Grammy-winning composer/pianist/producer offers a sensitive and very lyrical approach to his interpretations that you are sure to enjoy.

The album Clube da Esquina featured several of the Nascimento/Lo & Marcio Borges hit songs including “Clube da Esquina No.2.” This song is absolutely beautiful and is impeccably interpreted from its vocal rendition by Karukas’ masterful pianism.

“Historia Antiga,” which was composed by Dori Caymmi and Paulo Cesar Pinheiro, is a seductive, caressing gem that moves away from the samba rhythms heard on the original title track from Caymmi’s 1991 album titled Brasilian Serenata.

However, Karukas’ arrangement is stylistically superb as a piano interpretation.

Serenata represents a nostalgic return to the Brazilian music that he first found as a fledgling musician when learning his trade.

Dori Caymmi proved to be a wonderful counterpoint to the jazz fusion that back then he was writing and playing.  He looks back on his days touring with Sergio Mendes and Ricardo Silveira as some of his favorite musical experiences and now, with Serenata, he is bringing these magic moments to an all-new audience.

[Serenata’s] fifteen-track piano master class still includes six of his own sumptuous songs and among them are some real standouts. All are shining examples of his songwriting prowess yet in terms of personal favorites, ‘Better Days’ might well turn out to be one of the best numbers of the year.

It’s no surprise that Karukas has won a Grammy, as he paints a beautiful portrait with his deft playing and unique brand of songwriting.

Additionally, he’s played on over 100 recordings and has seen his work covered by names like George Benson and Pauline Wilson, among others.

On Serenata, his first release after a four-year break, Karukas interprets classic songs from Brazilian legends Milton Nascimento, Clube da Esquina, and Dori Caymmi, and he tosses in some originals, too.

While 15 tracks of just piano might out welcome its stay in some situations, each track here brings a unique vision, including the summery melodies of “Better Days”, and “Clube de Esquina No. 2” find a cultured place to reside amid a soulful approach. “Dori’s Song”, one of the record’s best, then finds the perfect balance between emotion and playfulness in Karukas’ very capable hands.

Some might think these lyrical melodies are meant to be sung, but Gregg Karukas proves that his keys can vocalize these songs’ messages just as thoughtfully and effectively.

To gain a proper perspective of the music for this serenade (Serenata) of subtlety, it’s helpful to know that Gregg Karukas was introduced as a young musician to the lush melodies and harmonies of composer/singer Milton Nascimento, the emotional, plaintive “Voice of Brazil.”  Karukas says he’s only recently analyzed Nascimento’s songs at the piano so that he’d approach this music with a fresh, unfiltered perspective. Hence, Karukas presents songs like Nascimento’s “Ponta De Areia” and “Travessia” with his own light, unique touch of delicacy and restraint.

Of special note are Karukas’ own compositions, such as “Sound of Emotion” and “Dori’s Song” that were written when the keyboardist was touring with Caymmi. With elegant taste and expression, his more contemporary compositions for the album include “Serenata,” “Better Days,” “Long Ago,” “Lament,” and “Para Sempre.”

Serenata by Gregg Karukas is a fine collection of wondrous solo piano compositions, it is a musical tale told by one, to be felt, touched, and listened to by many.

There are moments in time when you really need to be lifted into a better frame of mind and sometimes, just sometimes, it will be music that will help you get there, this was the case for me this sombre Monday morning in March when the refrains of the quite tranquil, yet deeply pleasing album entitled Serenata by Gregg Karukas lifted my mood and raised my spirits.

My personal favourite from the release would be the title track ‘Serenata’, the lightness of performance and the melody together for me was a touch of magic from beyond the supposed limits of brilliance, and reminded me greatly of classic David Lanz at times.

No less than 15 opportunities lay within the dimension of piano heaven, and each one of them can be sampled willingly many times over. This timeless manifestation of heartfelt moments of solo piano genius has raised the bar in the ranks of this genre by a mile…

Did you enjoy ’Gregg Karukas Serenata Review Roundup’? If you did, why not join us at Connect Brazil? 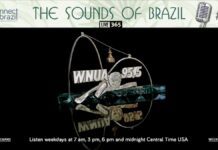 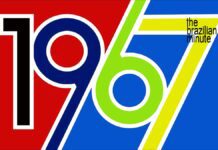 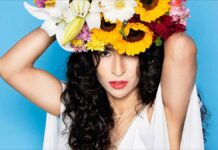