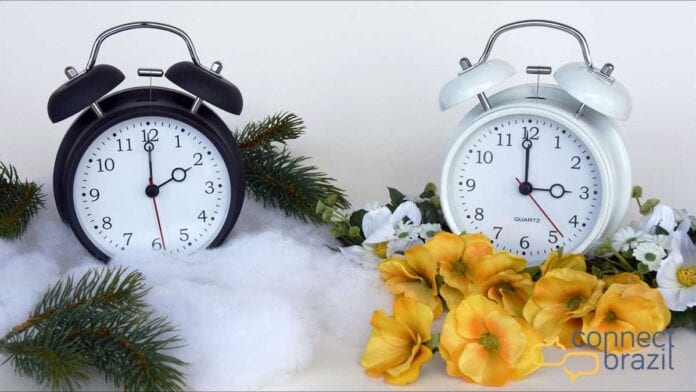 Planning to call mom in Rio, or ready to schedule a conference call with a client in São Paulo? Here’s everything you need to know about DST.

Time to ‘spring ahead’. Because if you don’t change your clocks, you might be late. Which almost never happens in Brazil.

Time’s up! If you’re planning a call to a friend in Salvador, or book a flight to Belem, take note of America’s annual time to ‘spring ahead’ time change, which takes place Sunday morning, March 13th at 2:00 am local time.

Here in the good ol’ USA, be sure to set your clocks ahead one hour. But not if you live in Arizona (except in Navaho tribal lands) or Hawaii.

Time to get confused

Brazil has three time zones.  The time in most of Brazil visited by tourists is three hours behind Greenwich Mean Time (GMT-3).

All Brazilian cities have dropped Daylight Savings Time from their calendars completely, including Salvador, Bahia which cited civil unrest as a primary reason.

But don’t worry: this law – while still on the books – is not currently followed.

Still confused?  Try this handy ‘real time’ clock link from Connect Brazil. Of course, it still doesn’t mean you’ll be on time for that 10:00 am appointment in Rio de Janeiro.

Last year, a bipartisan group of Senators introduced the Sunshine Protection Act of 2021 to bring a permanent change to daylight saving time in the United States. This legislation would make DST permanent for all states.

Currently, only Hawaii and parts of Arizona do not observe these seasonal time changes, along with several territories including American Samoa, Guam, Northern Mariana Islands, Puerto Rico, and the U.S. Virgin Islands.

We support the idea, too because anything that brings us an hour closer to Brazil is a good thing!

And one more thing we like to remind you of when it’s time to ‘Spring Ahead’: Mother’s Day is always celebrated on the second Sunday in May, in both Brazil and the United States. This year the date is May 9th, 2021. 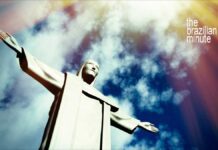