Connect Brazil gets the year off to a great start with birthday salutes for Brazil’s musicmakers.

a Bossa Nova ingénue and a legendary anniversary.

A charismatic voice both on stage and off, Luiz Melodia’s well-rounded musicianship earned admiration from his fellow Brazilians and celebrity worldwide. He excelled as both a singer and songwriter from the very beginning of his career. Melodia wrote the hit song, ‘Perolas Negras’ for Gal Costa in 1973 and when his debut album of the same name was released later that year, it revealed a thoughtful, ‘living the moment’ style which became his trademark. Luiz Melodia (whose samba style was influenced by rock, blues and jazz) is ranked as one of Brazil’s most popular voices. He passed away in 2017.

When we first heard this song from Wilkie’s Brasil album, we thought “Why has it taken so long for someone to do a great instrumental version of this song?” Leave it to pianist Scott Wilkie’s contemporary vision to evoke the spirit of Marisa Monte’s original without upsetting the delicate relationship that her melody has with our memories. Thanks, Scott!

From his debut album – which included a song from Antonio Carlos Jobim – to his cover of Deodato’s ‘San Juan Sunset’ and on to ‘Dias Azul’ with Danillo Caymmi and Joyce, Lee Ritenour’s musical devotion to Brazilian jazz more than earns him a place on our list of January’s Brazilian music birthdays. Along the way, he introduced American audiences to many of Brazil’s MPB stars including Ivan Lins, Djavan, Gonzaguinho, Joao Bosco and Caetano Veloso, who was so awestruck by Ritenour’s arrangement of ‘Linda’ that the Brazilian singer needed to compose himself before recording it.

Curious about the beginnings of Bossa Nova? Nara Leão was part of it, not only as a singer and songwriter, but also as a teenaged catalyst for the popularity of Brazil’s greatest musical export. It was at her parents posh Copacabana apartment that young Nara hosted regular music mixers for what would become Bossa Nova’s rising stars, including Roberto Menescal, Sergio Mendes, Oscar Castro-Neves, Joao and Astrud Gilberto (that‘s where they met!), Marcos Valle, Carlos Lyra and many more. Nara went on to create a stellar career as a important voice of social change during Brazil’s post-Bossa years. She passed away unexpectedly in 1989.

The creative mind of a master songwriter deserves to be included in our list for January’s Brazilian music birthdays. With all the great music Brazil has gifted to the world, its perhaps hard to believe, but Antonio Carlos Jobim is the only Brazilian elected to the International Songwriter’s Hall of Fame. He composed more than 300 certified hits, including ‘Corcovado’, ‘One Note Samba’ and one of the most recorded songs of all time, ‘The Girl from Ipanema’. We are all thankful that he chose to become a musician: Jobim gave up a brief flirtation with architecture as his musical career grew. Another little known fact is that Jobim never recorded an album of his own until he came to America to record The Composer of Desafinado, Plays in 1963.

Few in those early audiences for the Maceio-based group, LSD (Luz, Som, Dimensão) had any idea that the lead singer of that Beatles cover band would go on to become one of Brazil’s greatest pop stars. The transformation began with Djavan’s move to Rio de Janeiro where he caught on with TV Globo to sing on soap-opera soundtracks. His first hit single, ‘Flor de Lis’ was a sign of things to come for the young singer and songwriter. He was nominated for four Latin Grammy Awards in 2016, including album and record of the year. From subtle melodies to driving rhythms and drumbeats, Djavan is a Brazilian artist that leaves listeners begging for more, and for many, his music is the reason why so many flirtations with Brazilian music have grown into full-fledged love affairs.

Finally, an anniversary like no other completes January’s Brazilian music birthdays. On this day, recording for the legendary meet of Sinatra and Jobim began at United Western Recorders, Hollywood, Los Angeles. The session was the result of a phone call placed by Sinatra (who was vacationing in Barbados), to Antonio Carlos Jobim’s home in Rio de Janeiro a few weeks earlier. Jobim caught the next flight to America, only to find himself waiting for Sinatra to return from his island holiday. Claus Ogerman was brought in by producer Sonny Burke to reunite with the six Jobim songs on the 28-minute album. And yes, it is true: Sinatra said he had never sung so quietly as he did during this recording. Francis Albert Sinatra & Antônio Carlos Jobim was nominated for Album of the Year at the 1968 Grammy Awards, but was edged out by the Beatles Sgt. Pepper’s Lonely Hearts Club Band. 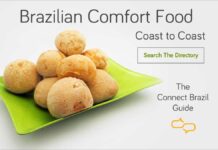