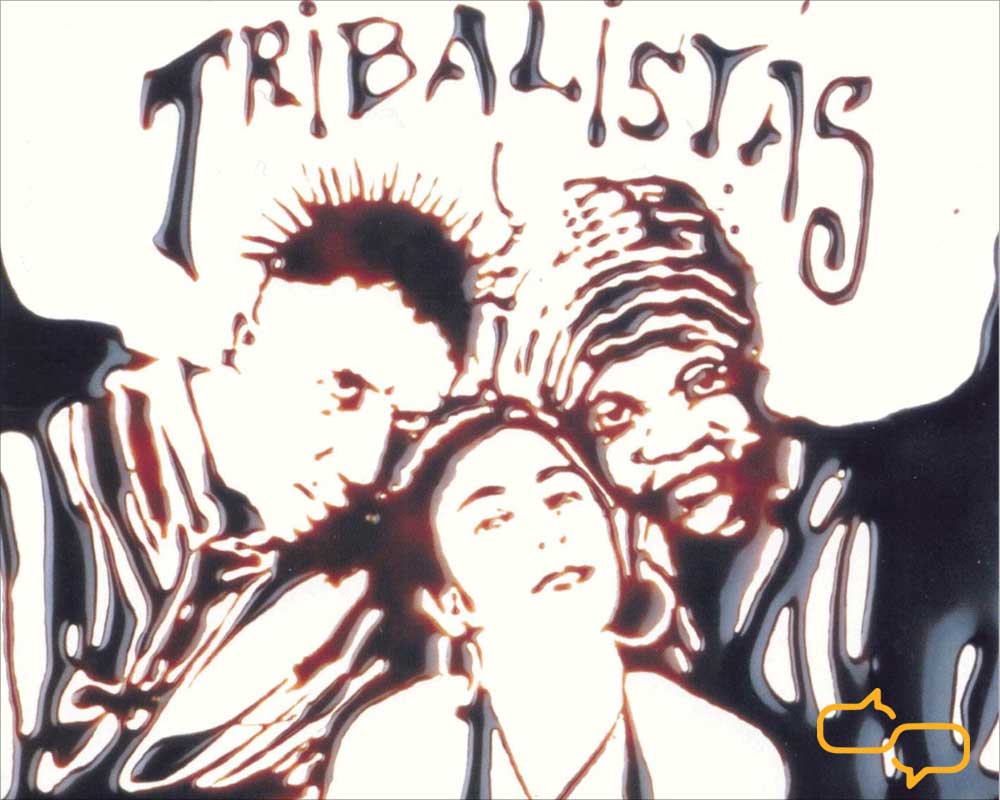 This One Track Mind: Tribalistas (2002) was first published at Connectbrazil.com on March 29th, 2003 to coincide with its U.S. release on EMI Music. It is reprinted in its original form below, exactly as it appeared on its publication date.

“At first, its almost as if they were playing it safe for this debut CD. Then you’re in over you head with its depth.”

It’s been quite awhile since Brazil has poised a musical “supergroup.” We can think back to the 70’s with Caetano Veloso, Gilberto Gil, Maria Bethania and Gal Costa, or perhaps Milton Nascimento’s ‘Clube da Esquinha’ projects or even more recently from the Brazilian Jazz world, Zil, which combined Ricardo Silveira, Marcos Ariel, Ze Renato, et al.

But the 90’s initiated a changing of the guard to Brazil’s music scene, and while many new voices have aspired to the pinnacle, only now are we beginning to see the combined results of this generation’s creative force.

“Tribalistas” brings together three dominant talents: Vocalist and composer Marisa Monte, singing percussionist and songwriter Carlinhos Brown and poet/rocker Arnaldo Antunes for a recording project that finds a delicate balance for each.

With five albums as a solo artist, Monte has excelled as both a singer and songwriter in a decidedly popish vein. Critically acclaimed from her debut CD onwards, Monte remains at the cutting edge by virtue of her wealth of talent and her associations with top producers and songwriters including Arto Lindsay. For Carlinhos Brown, success came early- Caetano Veloso invited him into his band in 1985 and his resume soon grew to include stints with Djavan, Costa and Gilberto Gil before he forged his own path with his group Timbalada. Arnaldo Antunes is best known for his years fronting one of Brazil’s most successful rock groups, Titas in the 80’s and 90’s and his solo recordings have shown a suave sophistication in both his skill as a songwriter and as a singer.

Given their breadth of talent, perhaps its no surprise that these three have co-mingled their artistry over the past few years and that their musical evolution would have brought them to this point. But in spite of the considerable buildup for “Tribalistas” (due to the secrecy surrounding its production) and its release in Brazil, few could have predicted what the musical outcome would be. At first, its almost as if they were playing it safe for this debut CD. Then you’re in over you head with its depth.

“Tribalistas” is both a masterpiece of modern-day MPB and a blueprint for its future (more on this later). Each of the 13 tracks hold a particular charm; there’s a sense of unhurried comfort right from the start, which helps to illustrate the defining nature of a true “supergroup” from wanna-be pretenders. There’s no struggle for creative dominance here… Your ears tell you that this is the real thing.

Harmonies are rich and textured, as are the percussive elements. Consider Velha Infancia and its enveloping arrangements for the guitar and synth spreads that support Antunes’ poetics. Antunes also carries the weight on O Amor é Feio, contrasting Monte’s dreamy voice for the duet as another example of the thoughtful care that went into this album. Ditto for É Voce which finds the female lead on a percussion-less ballad.

Then there’s Passe em Casa. We’re four songs into the CD when Monte’s stylistic presence comes to the fore with a soft Portuguese rap and along with it, another revelation: Time after time, each of the three choose to surrender their roles as leaders in order to thrive in the setting. Earth. Air. Water. Think “The sum is greater than its parts.”

‘Tribalistas’ has created more than its share of controversy in Brazil – several critics have voiced their dissatisfaction with the CD’s marketing buildup there – but so far few have taken serious issue with this albums’ obvious merits. On these shores, few of the reviews we’ve read carry enough insight to properly cull the treasures this CD holds – and what it may mean for the future of Brazilian MPB.

This is a simple recording- largely acoustic; charmingly uncomplicated, with strong melodies. We would not expect that a second recording by this trio would following in its footsteps (in fact we’d hope that their creativity would propel them in new directions) or that other MPB artists would look to this work for mimicry. Instead, we’d look forward to their own thoughtful creations, mindful of what these three have achieved together.

‘Tribalistas’ has been compared to Brazil’s Tropicália movement of the 70’s, but such observations carry little merit. Tropicália was more of a social than a musical statement and its songs focused on breaking away from the traditions of the past and distorting their importance.

Three decades later, Antunes, Brown and Monte have created a new face for MPB which, while not necessarily mirroring their individual styles, pays sincere homage to the unique undercurrents of Brazilian song. And as the older generation of Veloso, Gil, Costa and Bethania properly cede their star power to those who would follow, its comforting to know that, at last, the Brazilian voices that cry out of the wilderness that is today’s Brazilian music scene are once again worth listening to.

And our One Track? Here it is: 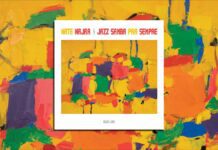 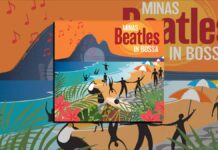 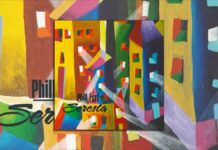