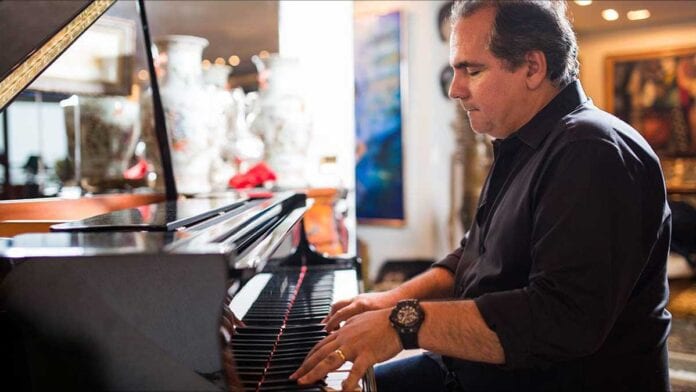 Recently, the popular Brazilian jazz pianist spent an afternoon browsing through his personal music collection for his all-time favorite albums. Here they are.

We were, too. So, we asked Ricardo Bacelar to share his top five, all-time favorite Jazz albums, along with five of his forever favorite Brazilian albums, too.

Not only did the popular pianist from the beautiful coastal city of Fortaleza deliver with a stellar selection of ten great albums we’d love to own, but he also took time to reflect on each one.

Ricardo Bacelar’s favorite Jazz and Brazilian albums: The Jazz side

Kind of Blue brings a new way of improvising, using the Greek modes and the so-called cool jazz. Because of these new elements, Miles rewrote world music history. Honestly, I’ve been listening to this album since I was a child and I still find it thrilling. There’s a lot of texture and sonority, use of the modal scale and Greek modes, with a very interesting effect over melody. – Ricardo Bacelar

This album is very special to me. During the recording of this album, Jarrett noticed a technical problem with the piano in the final rehearsal. And to his surprise, when he arrived to play the concert, the staff had changed the equipment and he went on to record this historical album of piano jazz. This album forever captures what may be one of the most important concerts. I was shocked with the sad news about Jarrett’s stroke, and I cried out of sadness because he won’t be able to play anymore. He’s been a great influence to me because of his talent to improvise. – Ricardo Bacelar

* Note: No video content of Jarrett’s Köln Concert could be found. We have instead provided the above video to illustrate Jarrett’s command and skill as a musician. (Ed.)

This album from the late Lyle Mays, is a milestone for me, since I first heard it as a teenager. Lyle influenced me a lot, because of the way he played, with precious chords and smooth synthesizer touches, but also with strong musical authority. Lyle’s been a great musician and pianist, who played for a long time with Pat Metheny, and he did have a short, but remarkable solo career, too. His music greatly influenced my own. – Ricardo Bacelar

I love this album! It brings a mix of African Music with jazz and fusion, with a very special percussion, all of which are very strong features of Weather Report. This album passes through these percussion environments and black music very smoothly, with great peaks. It pleases me a lot this kind of fusion, jazz with black and African music. – Ricardo Bacelar

This album is from the beginning of Chick’s career, marking Flora Purim’s recording debut with the group. Here, Corea uses a Fender Rhodes piano. It’s a very imaginative album and it brings very subtle imagery to mind. Corea also uses acoustic pianos with a simple and remarkable effect, and that makes it part of my history. – Ricardo Bacelar

Ricardo Bacelar’s favorite Jazz and Brazilian albums: The Brazil side

This album translates the musical essence of Brazil.  Wave’s rich harmonies and melodies introduced Brazilian music to the international scene, presenting our style as one of the most creative anywhere in the world. As a young musician learning my craft, Wave played an important role in my development. Jobim is a composer who brings deep and intricate harmony, along with a strong personality, to his master work. – Ricardo Bacelar

Of course, Ivan Lins is a well-known Brazilian singer and songwriter in Brazil as well as in the American and international music markets. I think he’s gifted because of his ability to create simple, beautiful melodies with complex harmonies, even at the earielr part of his career. He’s a friend who I respect and admire a lot, and his music translates the emotional power of Brazilian music. – Ricardo Bacelar

I think Gilberto Gil is one of the most remarkable Brazilian artists, ever. He’s an icon for Bahia’s music, as well as Samba, Bossa Nova and various pop styles. The organic nature of Realce opened me up to his rhythmic complexity, with excellent melodies, beautiful arrangements and great lyrics. Gil is another artist who I admire a lot, a worthy representative of Brazilian music. – Ricardo Bacelar

Caetano Veloso is one of my favorite artists. He recorded a song of my former band, Hanoi Hanoi as the title track for this album. A great honor. Veloso is a great lyricist, a poet and a person with acute perception. His strong relationship with Gilberto Gil and others from Bahia, created a strong movement inside brazil. Totalmente Demais (Totally Too Much) is a vivid album, bringing all of the artist’s energy as a composer, lyricist and as an interpreter to create a classic recording. – Ricardo Bacelar

The strong lyrics on this album make it the best of Belchior’s many recordings. He passed away some years ago and he was both a friend and a music partner. We recorded a song together, called Vício Elegante on an album that I produced in 1996. Belchior was a complete artist, composer and singer, and in my opinion, Alucinação is the most important album in his career. This song ‘Como Nosso Pais’ was also recorded by Elis Regina on her Falso Brilhante album and it was a major hit in Brazil. It was produced by Guti Carvalho, a former partner of mine (we’ve been partners at a record label called GPA). Guti’s was blessed to be this album’s producer, with powerful and poetic lyrics. – Ricardo Bacelar 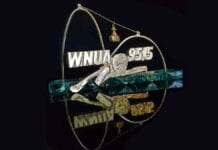 The Sounds of Brazil And WNUA 95.5