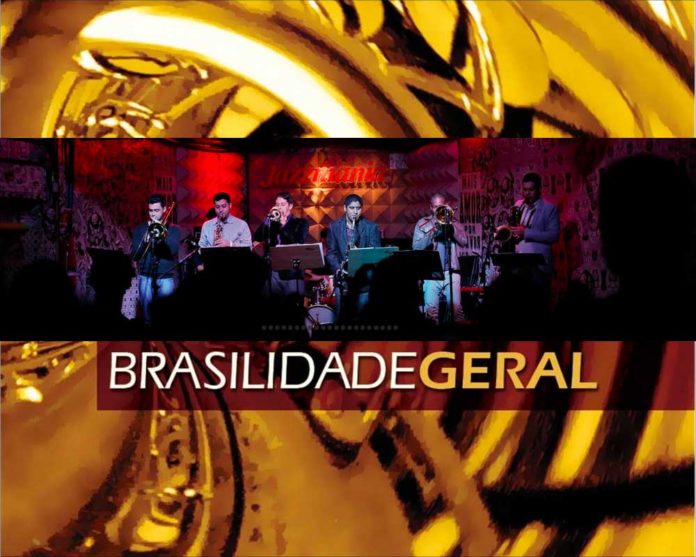 Meet these young lions of Brazilian Jazz. There’s no one better to introduce you to Brasilidade Geral than Ivan Lins.

So while we’re busy prepping The Sounds of Brazil’s streaming playlists for Summer’s official arrival on June 21st, what happens? A new album from Ivan Lins lands at our studio doorstep.

Each of these 11 tunes come directly from the best of Ivan Lins, reimagined with new arrangements.  The sessions feature one of the sharpest sounding horn groups I’ve heard in quite some time.

That’s the Brasilidade Geral part. Eight talented young lions of Brazilian Jazz who are more than up to the task of backing one of Brazil’s greatest songwriting musicians.

Lins, who holds the distinction of being Brazil’s most internationally recorded living songwriter, is their guest performer on Meu Pais.

The title track (My Country) has achieved rare status as one of Brazil’s unofficial national anthems, just as ‘America, The Beautiful’ has for us here in the United States.

Longtime listeners to The Sounds of Brazil know the song very well. Ivan’s original version was part of the playlist when my radio program debuted in 1992. Later, Luiz Avellar’s excellent piano rendition became a popular fan favorite, too. Back then, Avellar was one of the young lions of Brazilian jazz, too.

So how did Meu Pais come together?

They recorded their first album a year later and then began performing at colleges, concert halls and music festivals.

That’s when their music caught the attention of Yellowjackets sax man Bob Mintzer.

Coming To The US?

This brings us up to 2015, when the group first began to perform shows with Ivan Lins.

It’s a musical scene that might be repeated later this summer here in the US when Ivan Lins & Friends share the stage with Lee Ritenour’s World of Brazil. Would you plan to be there?

Since then, Brasilidade Geral has also toured shows with Hamilton de Holanda, Chico Pinheiro and Rosa Passos, who praises these young lions of Brazilian Jazz:

“I was delighted with the musicality, the talent and the seriousness of these boys playing. What beauty, how they bring the sound of the woodwinds is beautiful and velvety.”

That’s a defining theme – with familiar names – for listeners to our streaming channels at Connectbrazil.com.

From a distance – say, 12 rows back from the stage – Bari sax player Daniel Freire could be/might be mistaken for a youngish Leo Gandelman.

And that’s perfectly fine with me.

Every generation has its own young lions of Brazilian Jazz. But perhaps the best way to wrap up this story is by translating the final sentence from the group’s bio:

“Brasilidade Geral represents not only a new generation of musical talent, but also for the future of MPB (Música Popular Brasileira – Brazilian Popular Music).

Their timing could not be better.

And here’s my ‘One Track’ from Brasilidade Geral & Ivan Lins – Meu Pais.

You’ll hear it soon our our live streaming station at Connectbrazil.com. No app needed: Click the PLAY arrow at the bottom of your sceen.