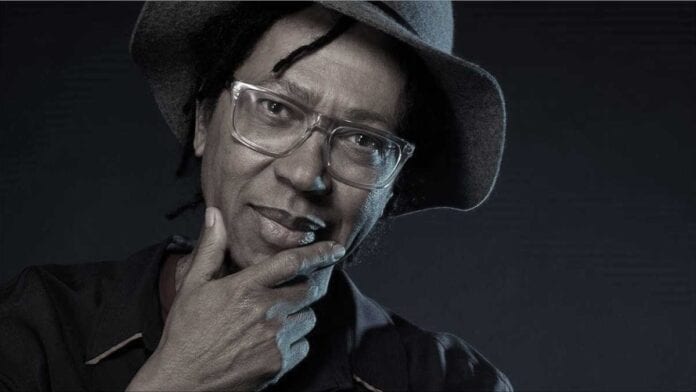 The answer is yes, but maybe not the way we were expecting in 2020

Will Djavan ever return after COVID canceled his 2020 US Tour? No need to worry, because our streaming station has a new song from Djavan for you to enjoy.

For Brazilian jazz and MPB fans, the January 2020 announcement of Djavan’s six-city US Concert Tour had all the steam needed to spark excitement coast-to-coast.

Word spread quickly: Finally, Djavan was bringing his Vesúvio tour to American fans in early May. That was after a two-year concert run in Brazil and South America in 2018, then the U.K. and Europe in the fall of 2019.

After all, it had been more than a decade since the Brazilian superstar had stepped into the spotlight on American soil.

Setting the stage for Djavan

You’d have to go back 13 years to relive that moment. And it was a big one; his debut performance at the Adrienne Arsht Center for the Performing Arts in Miami, which opened two years earlier in 2006.

Back then, The South Florida Times noted. “Djavan’s musical style comprises intricate harmonies and original melodies that range from romantic ballads to jazz. Some of his winning tracks include a fusion of African rhythms, R&B, and northeastern sounds.”

That was during Djavan’s reboot years, having just launched his now-successful Luanda label with a trio of near-misses: 2004’s breezy Vaidade, 2005’s funky Na Pista Etc with re-dos of his earlier hits, and the five-star Matizes in 2007. None of these were released in the United States.

Sales for the six venues were brisk. But troubling news from China of another viral outbreak (this time from Wuhan) began its slow roll towards the Americas, and soon the US promoter, Brazilian Nites postponed the tour to Fall, 2020. Autumn came, then winter.

A quick check of their website today shows no further information.

Meanwhile, guitarist Torcuato Mariano was busy working on his first album since 2009’s So Far From Home. The popular ‘Ocean Way’ guitarist and music director for The Voice: Brazil got his start with the legendary Johnny Alf, before catching on with saxophonist Leo Gandelman, and… Djavan.

So, it was no surprise that Mariano would turn to Djavan for a song on Escola Brasileira, meant to celebrate the musical styles that influenced the Brazilian jazz guitarists’ 40-year career.

Torcuato penned all ten songs, but when it came to lyrics, he turned to Carlinhos Brown for the song featuring Djavan, ‘Cansei de Dor’. Djavan returned the favor, by delivering one of his best in-studio performances, warmly caressing each phrase, with tonal shades of irony and reflection.

Translated as ‘Tired of Pain’, the lyrics refer to the early years of Bossa Nova. You can read them below.

Will Djavan Ever Return? Listen Live This Friday

Be sure to join me for Brazil Back2Back, when Eliane Elias comes to our streaming station this Friday, top of the hour, at 11 am, 2 pm, and 5 pm CT for two in a row.

I got tired of pain

Love invited me to dinner

I want a show

and lights across the sky … show

You are very close to me

Rio very close to us

That the sea and the Redeemer invented you

In the midst of the show

of lights across the sky .. spectacle

Everything in its entirety I give you

Perfume in the obligations.

It is like that, it comes from the heart

you are the one who knows my samba

So, the flag bearer in you is evolving.

You are the one who knows that samba

That’s it, this comes from the heart,

you know my samba

Will Djavan Ever Return?

Stories like ‘Will Djavan Ever Return?’ are what we do. Why don’t you join us?