We’ve updated the ‘Brazilian Wave’: a dozen influential Brazilian Jazz albums representing the ebb and flow of decades and generations.

Our list of 12 influential Brazilian Jazz albums begins here: The same year that Glenn Miller was riding high with ‘In The Mood’, Ary Barroso’s big band was swinging samba with Aquarela do Brasil (Brazil). All it took was an animated push from the Disney studios to make it a worldwide hit. ‘Brazil’ went on to become the first Brazilian song to be played over a million times on American radio and Rolling Stone Brasil lists it as the 12th greatest Brazilian song of all-time.

After wearing out his welcome in Rio de Janeiro, João Gilberto turned his self-imposed musical exile into a musical point in time: a new ‘voice and guitar’ style that forever changed how the world would think about Brazilian music. Yes, Jobim had the songs, and Vinicius had the lyrics, but make no mistake: it was João Gilberto’s creativity which created Bossa Nova, and he did it with Chega De Saudade.

No list of 12 influential Brazilian Jazz albums would be complete without Jazz Samba: Guitarist Charlie Byrd was among the first of America’s jazz musicians to pick up on Gilberto’s genius during a U.S. State Department tour of Brazil and South America, but Stan Getz was not, until Byrd played a few Brazilian records for the sax star.

The decision to record the album at All Souls Unitarian Church in Washington, D.C. gives it an aural ambiance that’s unmatched. This Grammy-winning, million-selling recording topped Billboard’s Pop Album charts to set the path for…

Getz / Gilberto is where Bossa Nova’s ‘north and south’ came together to form Brazilian Jazz. Two million copies sold in a single year, three Grammy wins plus ‘Record of the Year’ and ‘Album of Year’ in 1965. You can read my stories behind Getz/Gilberto here.

Although not a commercial success when compared to others on this list, or to other Frank Sinatra recordings, this is the album that indelibly confirmed Bossa Nova as a worldwide music style. For Antonio Carlos Jobim, it was the beginning of a career year, with three top-charting albums in 1967. Sinatra found a career boost from this album, too, confiding that he had never sung as softly as on these 10 songs.

The first album to bear producer Creed Taylor’s CTI imprint wasn’t by happenstance, it was by choice. Taylor knew gold when he heard it and Clause Ogerman’s string arrangements sealed the deal. Wave’s success far exceeded its impressive sales and chart performance by virtue of its impact on three generations of fake books: ‘Wave’ and ‘Triste’ became jazz standards, but my personal favorite remains ‘Batidinha.’ Another essential addition to my list of 12 influential Brazilian Jazz albums.

Less than two years after their Platinum-selling debut, Sergio Mendes and his group of Brazilian-Americans were on stage for the Academy Awards telecast to perform this song, which quickly powered its way into Billboard’s Top 10, passing Dusty Springfield’s original version of the song to peak at #4.

Three things: Brasil 66’s version of Jorge Ben’s ‘Mas Que Nada’ was the first to give pop power to a samba since Ary Barroso in 1939, and the group did the same with this song from Look Around, a pop hit with no Brazilian connection at all. Finally, Oscar Castro-Neves joined Brasil 66  a few weeks after this release.

This is where my list of 12 influential Brazilian Jazz albums takes a major turn. Deodato’s Brazilian Jazz Funk version made history as the highest charting instrumental jazz single on the Billboard Hot 100, where it peaked at #2. Prelude won a Grammy for Best Pop Instrumental, selling more than 5 million copies. Deodato’s resume includes brokering Milton Nascimento’s very first recording contract (with America’s Verve Records) and producing and arranging for an impressive list of pop performers, including Frank Sinatra, k.d. lang and Kool & The Gang.

Ivan Lins made his US label debut with this Grammy-winning album, which rose to #2 on the Billboard Contemporary Jazz Chart. He also made thousands of new fans, and I was one of them. While ‘Early A.M. Attitude’ is song that many of us recall from NAC radio, what impressed me was the sheer power of emotion coming from Lins’ voice on the title song.

Harlequin proved to be a game-changer for Brazilian jazz: within the next few years, Lee Ritenour would give US label debuts to Djavan, João Bosco, Gonzaguinha, Caetano Veloso, and Carlinhos Brown. What began with Harlequin ultimately led to Ritenour’s A Twist of Jobim, featuring Oleta Adams, Herbie Hancock and Al Jarreau.

Pat kept an apartment in Rio for several years during the mid-80s, and it was there that the seeds for this album were first planted. “I played a lot of concerts there back then,” he said in an interview with Jazz Improvisation Magazine. “There’s a deeply musical sensibility everywhere.” He also met and recorded with many of Rio’s top musicians including Antonio Carlos Jobim, Celia Vaz, Toninho Horta and percussionist Armando Marçal. Broadly, Metheny’s role here is his connection to Berklee College of Music and the generation of Brazilian Jazz musicians who studied there, including saxophonist Leo Gandelman, Jair Oliveira and Luciana Souza.

Nearly two decades ago, Brazilian-American Bebel followed in her father’s footsteps to purposely reboot Bossa Nova. And it worked. This album embraces tradition without nostalgia, establishing Bebel at the vanguard of something equally as new and exciting as her fathers’ ‘Chega de Saudade’. Tanto Tempo included songs from Chico Buarque, Gilberto Gil, Marcos Valle, Baden Powell and Vinícius de Moraes, featured percussionist Carlinhos Brown and introduced many of us to Nicola Conte, who pioneered Italy’s New Bossa and Lounge revolution. Thank You.

In keeping with the best cross-cultural traditions found within my list of 12 influential Brazilian Jazz albums, Live In Rio (Ao Vivo No Rio) achieves something new: It rekindles the acoustic warmth of live Brazilian jazz within the intimate setting of Rio de Janeiro’s top club, the Blue Note Rio in the yerar of COVID-19 and counterculture, just when we need it the most.

The Brazilian jazz pianist from Fortaleza recalls: “I wanted to remind people of the sound of live music. People need the warm sound and feelings of live music as opposed to the electronic stuff we hear on studio recordings. By listening to this live album, you can embrace the warm sound from the safety and comfort of your home.” 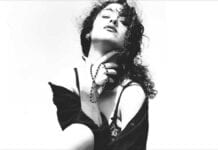 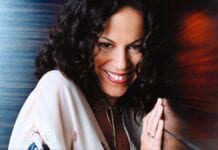 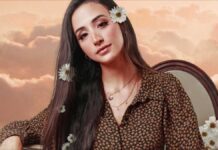