It’s Connect Brazil’s music list of early summer favorites from the Land of Samba and Sun.

Brazilian Hits: Spring Into Summer ’22 is our early-summer video list for new songs and personal picks from Connect Brazil’s editors and top programmers.

Get Ready For Summer With Brazil’s Top Tunes

Summer is heating up early this year, and with it comes our video list of early summer Brazilian favorites. Brazilian jazz, MPB, and Samba. Breezy Bossas and Brazilian pop from destinations worldwide.

And here’s good news! These songs are already available on our streaming channels and on Connect Brazil’s always-live streaming station. Free to listen anytime, anywhere.

Which of these tunes will become your personal favorites? So get out, gear up, and let our Spring Into Summer Showcase set up your soundtrack for a summer no other, with Connect Brazil.

One of our favorite words in Brazilian Portuguese is jeito. Basically, it translates as ‘finding a way’ to make something happen. In fact, the mere mention of the word can result in a creative spark. That’s the story behind guitarist Phill Fest’s Seresta album, recorded spontaneously in Porto Alegre, last fall.

Another word. Seresta means sizzle in Portuguese, and ‘Tereko’ is the song that provides the spark. Press play, and you’re greeted with an air of mystery. First, it’s a loose interplay between Fest’s guitar, Tuti Rodrigues’s berimbau, and Santos’s soprano sax. Next, the song begins to gel as it settles into a simmering baiao rhythm that’s simply captivating. Finally, 60 seconds in, and you’re hooked. ‘Tereko’ captures your attention and won’t let go. It’s a musical experience that you’ll want to listen to time and again.

Click or tap here for the complete story and more, here.

A new song from Marisa Monte came as a surprise during the opening night of a four-concert run in Rio de Janeiro. Titled ‘Feliz, Alegre e Forte’, the cool, samba was nowhere to be found when Portas was released last year. Amazingly, it was already recorded and just waiting for the perfect moment to be unveiled.

“When Portas came out, I saved this song to release on stage, singing live, at the tour’s debut, in Rio de Janeiro,” Monte said. “The premiere in Rio was postponed and the music was kept. I finally arrived happy, happy, and strong in my city to sing the song for the first time the way I imagined it,” she told us. There’s a lot to like about this final new song. The horn section gives the song a hint of smooth Brazilian funk without being pushy. The musical vibe reflects the song title. Happy, joyful, and strong.

It took about 50 minutes for saxophonist Stan Getz and guitarist Charlie Byrd to record Jazz Samba in 1962. It went on to make history as the first Jazz album to chart #1 on Billboard’s Hot 100.

Now, this landmark recording has received a 60-year compliment courtesy of guitarist Nate Najar’s Jazz Samba Pra Sempre. Najar’s tribute has taken every step to pay homage. The arrangements, the musicians – even the instruments they play – are thoughtfully chosen to honor what has come before.

Najar’s fascination with Charlie Byrd led him to procure Byrd’s original guitar. However, he didn’t stop there. Nate Najar located the stand-up bass used by Byrd’s Trio, then he introduced himself to Byrd’s drummer. The result is both authentic and contemporary. An album that’s earned a place next to the original.

Admittedly, 2019’s Songs In The Key of Joy was a long time in the making. More than two and a half years passed from the time we posted the first rumors on the homepage at Connect Brazil to its release date. However, it all came together with not only two different editions of the album but also the long-awaited documentary on Sergio Mendes’s life in music. Through it all, Sergio’s calling card is his uncanny ability to stay on the pulse of pop music. And ‘Time Goes By’ (the final single from the album) is a perfect example.

Mentored by Stevie Wonder and a protégée of Quincy Jones, Sheléa delivers a smoothly sensual urban-tinged bossa nova. The lyrics tell the story of love remembered: Time goes by, never slowing. In my mind, I am going down to where memories are found…I hear your voice, the sweetest sound.   It’s a tune that’s waiting to be added to your personal playlist as we spring into summer this year. You’ll find others from the album that are equally as compelling. So was Key of Joy worth the wait? Yep. So good that we can’t wait for Sergio’s next album. Even if we have to.

Catch up with Songs In the Key of Joy here.

Far from Rio and the tropical Atlantic coast, lies the inland city of Belo Horizonte, the musical home to Milton Nascimento. It’s also home to this new singer and songwriter, who came to music just a few short years ago and is making a name for herself with original songs like that one. A great addition for our Brazilian Hits: Spring Into Summer ’22 video music showcase.

Released on Brazil’s Discovery Day – which is also her birthday – it’s a song about a dream come true kind of love. A too good to be true love song called ‘Todo Lembra Voce’. ‘Everything reminds me of you.’ Voice and lyrics, sung in real life by Rayane Boldrini. Another new Brazilian voice to keep an ear on.

As the careers of our favorite Brazilian jazzers wind down, our desire for breezy C-Jazz sounds seeks out new names. Happily, the ‘next Brazilian wave’ is never far away. Enter Geneve 5, the two-man music machine that served up ‘Boss-A-Nova’ as its sophomore single.

Saxophonist Melvin Butler and guitarist and keyboardist Oliver Wendell have crafted a supremely subtle and breezy summertime anthem. Even the atmospherics are a delightful touch. C-Jazz stars like Geneve 5, Philippe Saisse, and Carol Albert will do just fine until Brazil decides to export its own contemporary jazz once again. As Antonio Carlos once said, any song sounds better as a Bossa Nova. Like what you hear? Then, you’ll be happy to know that there are dozens more waiting for you on Connect Brazil’s live streaming station. Always free too.

Maybe it’s the morning sun pool at the Hotel Fairmont in Copacabana. Perhaps it’s finding your place on the beach at Ipanema. Whatever. There are certain kinds of songs you want to hear when you slip in your earbuds while letting the sun do its thing.

Jorge Vercillo’s ‘Endereço’ is one of those. It has a throwback sound, kind of like a Brazil Top 40 hit. Unashamedly pop, Vercillo’s voice washes over you like an ocean breeze. This song is his first release of the year but is it his best?

That depends. Are you enjoying the heat of the sun? Do you have a caipirinha in your hand?

We’re not sure if Marvin Gaye ever performed in Brazil. However, it’s easy to think that he did when you listen to this song. It’s the amazing re-creation by brothers Frank and Christian Berman which transformed the platinum-selling, Grammy-winning song into an explosive horn-driven samba.

Years ago, Christian called us to explain how it happened. “We were able to locate and use Marvin’s original voice tracks from the song. Then we took them to Rio, where we enlisted the best musicians in town.” His list includes guitarists Mario Adnet and Torcuato Mariano, and Bossa Nova’s consummate drummer Paulo Braga.

Honestly, Studio Rio’s version sounds exactly as if Gaye had recorded it that way. A perfect addition to this year’s Spring Into Summer video music showcase.

Where is the best Bossa Nova on the planet coming from these days? Italy might provide a clue. Italian filmmakers and soundtrack composers like Ennio Morricone embraced the Brazilian style. Italian music labels nurtured the careers of Toco and Rosalia de Souza. Today, Italian groups like Caibedo Island, Café Roma, Latin Vibe, and Mazachigno are keeping the Bossa Nova sound fresh.

Enter bassist Felice Del Gaudio and friends, whose unnamed group serves up new summertime anthems for us to enjoy. Their latest tune is the jazzy, finger-snapping and breezy ‘Bossa Amarela,’ with Pietro Beltrani and Delga. Think cocktails at sunset with Brazilian appetizers. You’re all set.

Francisco, José, and João. When we last left Gilsons, we were in the process of making introductions. Our streaming station began playing music by this wonderfully entertaining group of musicians several years ago.  And we think it’s pretty darn cool that they all have family ties to Gilberto Gil. Hence, the name.

Since then, this talented trio of young singers has battled through COVID, a failing economy, and failing leadership. Just like us. And while they recorded vidclip singles for a thriving fanbase, circumstances led to a delay for their highly-anticipated album.

The wait is over with the release of Pra Gente Acordar. Each of the nine songs carries the group’s signature style. Smoothly intricate rhythms and the generationally-soothing vocal warmth handed down by Gilberto Gil. So go ahead. Introduce yourself. Then do the same for your friends. After all, that’s what great music is all about.

Stories like ‘Brazilian Hits: Spring Into Summer ’22’ are what we do. Why don’t you join us? Sign Up for our e-letter. Listen to our ‘always live’ streaming station and our 12 streaming music channels, always free. Browse our Lifestyle Directory. Click here to like our Facebook page and here for Brazilian events coast to coast. 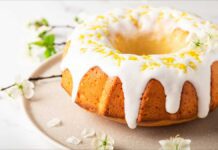