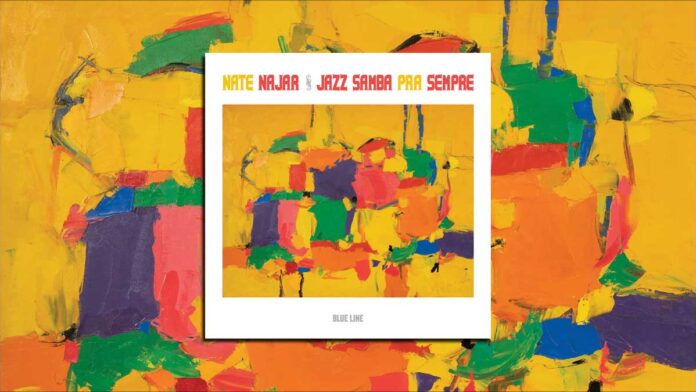 The Album That Redefined Bossa Nova Receives A 60-year Compliment

If you’re of a certain age, then you know.

If not, go ahead and ask around. Jazz Samba, by saxophonist Stan Getz and guitarist Charlie Byrd, occupies rare air in the universe of essential albums for Brazilian jazz fans.

In strictly jazz terms, we’d put it right up there with Kind of Blue.

Jazz Samba was recorded in a single 50-minute session  – with no retakes  – on February 6, 1962. Importantly, it was the first of Getz’s five Bossa Nova albums recorded within two and a half years.

It’s fair to say that Jazz Samba popularized Bossa Nova when it was released 60 years ago this month. And while the sax player was Jazz Samba’s headliner, there’s no doubt that Charlie Byrd’s guitar was the story.

Six decades later, Charlie Byrd’s guitar is still the story. “When I first heard Charlie’s records, I thought, ‘That’s what I want to do,’” recalled Najar, while reflecting on his early years.

The St. Petersburg Florida native continued. “I loved his sound. There was just this elegant simplicity in his playing. It always seemed like just the right way to do it.”

Musician and guitar. The two became fast friends. Tuning, traveling, rehearsing, recording, and performing. All the while watching the calendar for this day to arrive.

Further visits to D.C. reinforced the musical bond. One brought Nate Najar in touch with Chuck Redd, former drummer with the Charlie Byrd Trio. Another trip led to the upright bass that Keter Betts used on Jazz Samba. Ultimately, it was made available for Herman Burney to play on Jazz Samba Pra Sempre.

This is where things get interesting.

Creating something new from the threads of time

One by one, these are the steps Nate Najar has taken to pay homage to an iconic album. The arrangements, the musicians – even the instruments they play – are thoughtfully chosen to honor what has come before.

With this comes creative risk.

Recreating the aural core of Byrd’s ’62 trio is the key. Listen to the seven songs on Jazz Samba Pra Sempre. You’ll be pleasantly surprised to discover that authenticity is second-nature with this ensemble.

Najar is equally careful to place a contemporary patina upon this foundation.

“‘One Note Samba,’ ‘Samba Dees Days’ and ‘Desafinado’ are most like the original record. However, they’re still different in enough ways to be us playing it.”

Rupert’s sax is rightfully front and center. He’s empathetically in the moment. He provides a delicate balance between respect for Jazz Samba’s signature sound and the alchemy needed to meet Najar’s vision.

Jazz Samba Pra Sempre is so carefully crafted that several moments may pass before you appreciate the album’s biggest departure from Jazz Samba.

Patrick Bettison’s keyboard style is understated and complimentary. “I thought about having a second guitar. But I really love the sound of the Rhodes and how it blends with the guitar. Additionally, having the Rhodes gives it a little bit of a contemporary sound,” said Najar.

For Nate Najar, Jazz Samba Pra Sempre “shows my love and appreciation for what this music has done for me while paying tribute to it with my own voice.”

Listen To This Album On:

Also On These Channels